We are operating all products at RED, and we have some RED hot specials to celebrate!
DRAG

Piopiotahi: The history of Milford Sound

Milford Sound is one of the most beautiful places in New Zealand and one of the most popular destinations for tourists. But it wasn’t always a place for visitors. In fact, Milford Sound has a rich and interesting history and the first people to call it home were Māori and knew it as Piopiotahi. 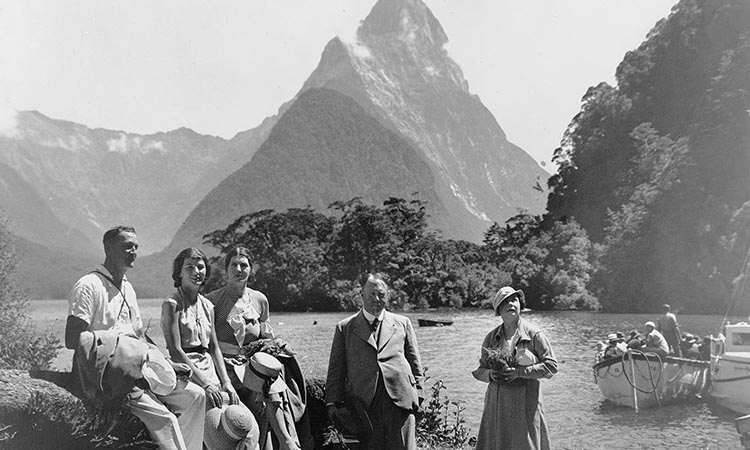 How Milford Sound was formed

Strangely enough, Milford Sound isn’t actually a sound, it’s a fiord. A sound is a valley that has been filled with sea water, which was formed when a river valley flooded. A fiord is an underwater valley carved out by glaciers.

Milford Sound was carved out by glaciers during the ice age period. Glaciers carved through the land creating the deep valleys and sharp cliff edges we see today. These valleys then turned into lakes and rivers as the glaciers melted. But when the ocean level rose, it flooded these bodies of water connecting them to the Tasman Sea.

Milford Sound is believed to have been discovered by Māori over 1,000 years ago. While very few Māori resided in Milford Sound, they visited frequently collecting food and takiwai, translucent greenstone.

The Legend of Milford Sound – Piopiotahi

Legend has it that an atua (godly figure) named Tu-te-raki-whanoa shaped Milford Sound. Using his toki (adze, similar to an axe) and a powerful karakia (prayer) he formed the rigid cliffs and sharp valleys we see today.

Legend also says that a hero named Maui was killed by the goddess of death, Hine-nui-te-po, while trying to win immortality for mankind. Maui’s partner was a piopio (an extinct native thrush), it’s said that piopio flew to Milford Sound to sing and mourn the loss of Maui. The Māori name for Milford Sound, Piopiotahi, literally translates to “a single piopio”.

In 1773, Captain James Cook set up camp in Dusky Sound, a smaller fiord south of Milford. Twice he had sailed past Milford Sound, missing the entrance both times. Milford’s very small opening led him to believe that it was too narrow and would never lead to the large bays.

Captain Cook lived in Dusky Sound for about five weeks making friends with Māori families and learning how to live off the land. But he still didn’t know that Milford Sound even existed, even though many Māori were still frequenting the area.

It wasn’t until 1812 that the first European, Captain John Grono, sailed into Milford Sound. Grono named the area “Milford Haven” after his homeland in Wales. It was later renamed Milford Sound by Captain John Lort Stokes and then officially called Milford Sound/Piopiotahi when the Ngai Tahu Claims Settlement Act of 1998 came into effect. 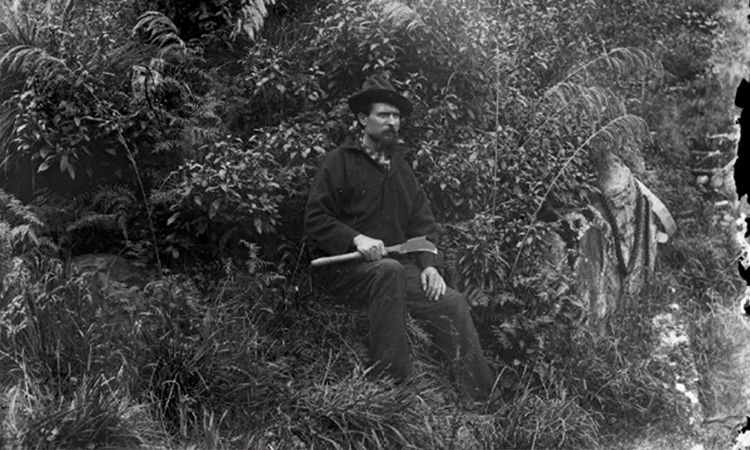 Without roads and only treacherous trails in and out, it was a very remote and challenging way of life. He spent more than 40 years in Milford Sound, two of which completely alone with only the company of his dog. He is still often referred to as the “Hermit of Milford.” 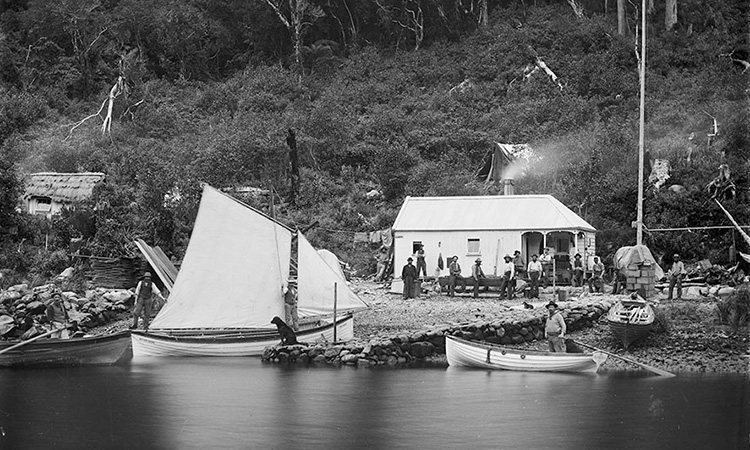 In 1888 the area began becoming popular for tourists. The Mackinnon Pass had been discovered and was a popular route for trampers. The number of visitors to Milford increased significantly as word got out about how amazing this untouched beauty really was. Sutherland, alongside his wife, decided to capitalise on this and built the first-ever hotel in Milford in 1890.

The popularity of Milford Sound continued to grow especially after Rudyard Kipling, a British writer, visited and declared it “the eighth wonder of the world” in the 1890s. 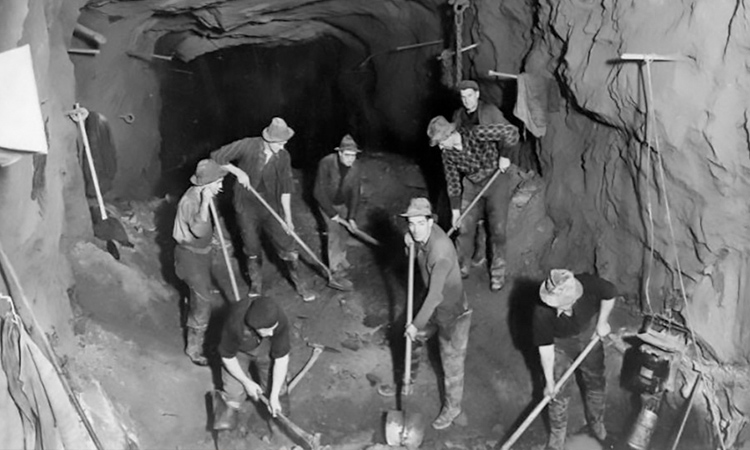 While Milford was growing in popularity for its sheer beauty, it was still a challenge to get to. Without road access, this amazing destination limited visitors to only those who made the journey by boat, foot, or horseback. That was until the Homer Tunnel was opened in 1953. The Homer Tunnel passes directly through the Homer Saddle, a mountain that divides Te Anau and Milford Sound.

The construction of the Homer Tunnel began in 1935 and it took over 19 years to complete. Harsh weather conditions made the work challenging and avalanches even claimed the lives of dedicated workers. 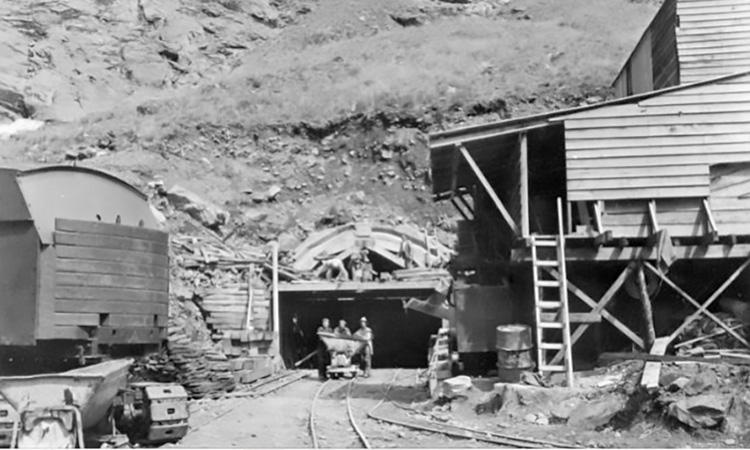 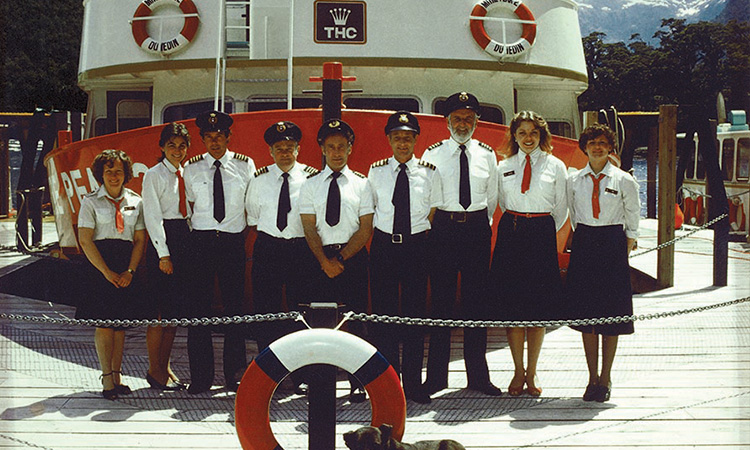 Like the early settlers, the New Zealand Government quickly saw the potential of Milford Sound as a tourism destination. By the late 1800s the Government Tourism Bureau had established tourist walks and tour-boats in Milford Sound.

The Government Tourism Bureau, which later became the Tourist Hotel Corporation (THC) – spent many decades providing tourist activities in the Milford Sound. In 1990, the New Zealand Government sold all its tourism assets to private companies. This included the sale of Red Boat Cruises, the first modern day cruise operation which started once the Homer Tunnel opened, to Southern Discoveries. Later that year, Milford Sound was declared a UNESCO World Heritage Site.

Today, Milford Sound is rated as one of the world’s top travel destinations. More than 500,000 people make the 119 kilometre-long journey along Milford Road, and many others arrive by ship, on a scenic flight, or even walking the very popular Milford Track.

The most recent census reveals that only about 120 people live in Milford Sound today, of that number, almost all of them work in tourism or conservation.

Just because Milford Sound is now a popular tourist destination, doesn’t make it any less magnificent. The towering cliffs, hundreds of waterfalls, and unique wildlife make visiting Milford Sound as memorable as ever. There are a few different ways you can truly experience Milford Sound today: 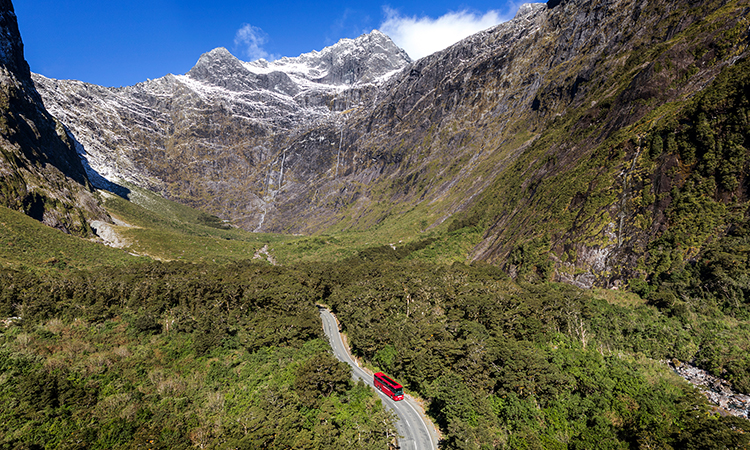 Thanks to the Homer Tunnel, you can now drive to Milford Sound! Starting in Te Anau this stretch of road passes through Fiordland National Park. You can either drive yourself or take a coach on a day trip from either Queenstown or Te Anau stopping at some of the most beautiful places along the way!

Get out on the water

From the foreshore, Milford Sound is gorgeous, but from out on the water, it’s unlike anything else you’ll ever see! Taking a boat cruise is one way to explore the entire fiord while passing under waterfalls and spotting unique wildlife. Combine your cruise with a kayaking tour and you might even get the chance to get up close to penguins or seals!

See Milford from above

A scenic flight to Milford is one of those ‘bucket-list’ things to do. You can either enjoy a flight on a small fixed-wing plane or a helicopter. Flights are scheduled from Queenstown or Te Anau to Milford and back. For the ultimate experience, take a coach to Milford and then fly back! 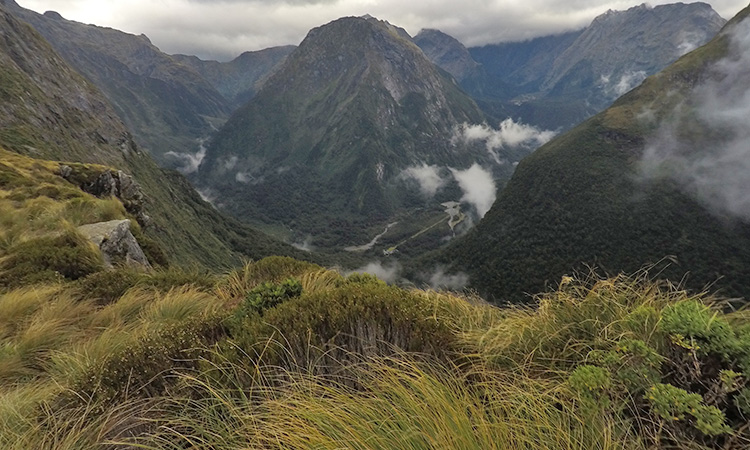 Hiking, or “tramping” as us Kiwis call it, is very popular in and around Milford Sound. There are short trails in Milford Sound such as the Milford Sound Lookout Track or the Foreshore Walk. If you’re looking for something more challenging, you can take on one of New Zealand’s Great Walks, the Milford Track.

Milford Sound is beautiful. but it’s the rich history behind Milford that makes it so special. Discover Milford Sound with us, so we can share our knowledge and passion with you!