Spaces are limited. Book today and save!
DRAG

Southern Discoveries is dedicated to preserving the beauty of Milford Sound and Queenstown for future generations.

We maintain an ongoing commitment to the conservation of our environment through sponsorship of the Sinbad Sanctuary Project and the Tawaki Project in partnership with the Department of Conservation, Fiordland Conservation Trust and the University of Otago.

We are a member of the Tourism Sustainability Commitment and we are Qualmark Gold endorsed, meaning we are among the best sustainable tourism businesses in New Zealand.

The Department of Conservation approves all of our Milford Sound adventures, and a portion of ticket sales goes towards their conservation efforts.

We encourage all of our guests to learn about the Tiaki Promise so they can join us in keeping New Zealand beautiful! 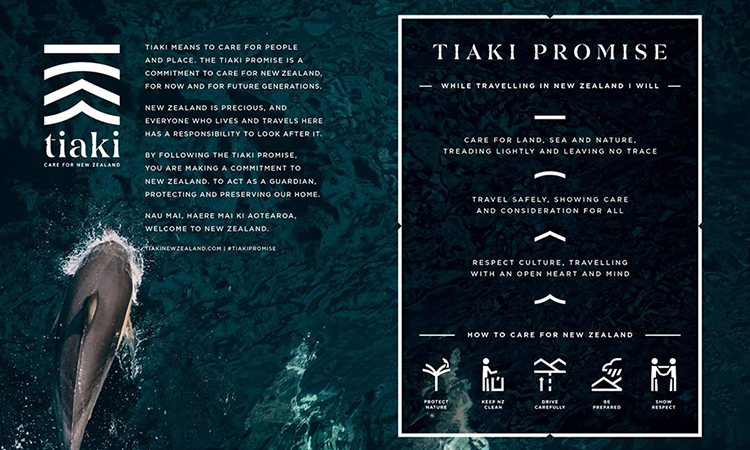 Southern Discoveries encourages all visitors, and citizens of, New Zealand to practice the Tiaki Promise while travelling in New Zealand.

How to care for Aotearoa New Zealand:

Care for land, sea and nature, tread lightly and leave no trace.
Travel safely, show care and consideration for all.
Respect culture, travel with an open heart and mind.

Our commitment to environmentally-friendly practice includes:

A portion of every Milford Sound trip we sell goes directly to the Department of Conservation to support their conservation work.

Southern Discoveries is a member of the Tourism Sustainability Commitment, an industry-led pledge with the vision of leading the world in sustainable tourism. 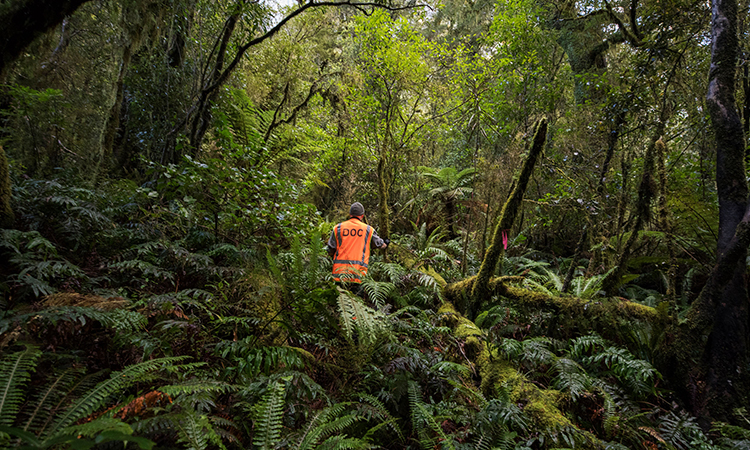 Southern Discoveries is proud to have partnered with the Fiordland Conservation Trust and Department of Conservation as principal sponsor of the Sinbad Sanctuary Project for more than 10 years. Sinbad Sanctuary is a major pest control programme helping native birds and lizards in Milford Sound to flourish, with a long term aim to reintroduce species that have been forced out by predators.

The Sinbad Gully benefits from a natural barrier of steep terrain, combined with a cold, wet climate which has limited the invasion of mammalian predators. These attributes have contributed to making it a safer refuge for the rare lizard species such as the Sinbad and Mahogany skinks and the Cascade gecko. All three were only recently discovered in the Sinbad Gully and the Sinbad skink is known only to the Sinbad Gully.

Sinbad Sanctuary in the Media

The Tawaki Project is an internationally-renowned research programme, studying of one of the world’s rarest penguins, the tawaki or Fiordland crested penguin. Southern Discoveries has provided full logistical support to the University of Otago research project since 2014, facilitating a study that would have otherwise not been possible in Milford Sound.
The project is focused on unearthing new findings to better understand the species, their breeding behaviours and breeding conditions. The tawaki is one of three penguin species that live and breed on the New Zealand mainland. However, they are the least studied species as breeding occurs in less accessible regions.

Since research began in Milford Sound, it has been concluded that there are around 180 tawaki breeding pairs in the area, twenty times more than estimates before research began.

Do you have webcams in Milford Sound and Queenstown?
Yes, you can view how the weather and day looks in both destinations. Check out our Milford Sound and Queenstown webcams here.
Do you have Covid 19 restrictions in place?
Yes, we do when the government requires New Zealand to adhere to level 1 to level 4 restrictions. Find out what to expect on our cruise, coach and scenic flight experiences. Check out all the details on this page.
Do you pick up from local accommodation in Queenstown or Te Anau?
Yes! For Milford Sound coach and cruise products, we pick up from central Queenstown and Te Anau accommodation. Make sure you indicate your pick-up point when booking your coach online. If you have not indicated a pick-up point, the driver will expect you to check-in and board at the Te Anau Visitor Centre or Queenstown Visitor Centre or the Te Anau Visitor Centre.
Is it worth going to Milford/Doubtful Sounds on a wet day?
Milford Sound is the wettest place in New Zealand and one of the wettest places in the world! Many visitors are shocked to know that this true world wonder actually measures its rainfall in metres (and not millimetres like most of the world.) In fact, in 2016 Milford Sound received over nine metres of rain! Doubtful Sound is also rainy with an average of 3-6 metres of rain per year. Both fiords are magnificent to visit in rainy weather due to the significant amount of waterfalls. The fiords come alive with water streaming down sheer cliffs - a magical sight not to be missed.
How likely are we to see wildlife in Fiordland?
Altough we cannot guarantee wildlife viewing, it is very likely that you will see the New Zealand fur seal, and likely more than just one or two! Dolphins are often sighted swimming alongside cruise vessels. Two species of penguins make Milford Sound their home at various times throughout the year. Little blue penguis and the Fiordland crested penguin - known at the Tawaki. Often hard to find and see, it is always a delight to spot them when we do.
How long does it take to travel to Milford Sound?
It takes approximately five hours to get to Milford from Queenstown depending on the time of year and road conditions. It takes approximately two hours to get to Milford Sound from Te Anau. You can drive a car or campervan or take a coach tour. We always recommend allowing plenty of time to get to Milford as the journey there is as spectacular as the cruise itself.
More FAQ's