We are operating at Level 1, Facemasks are recommended but not required. 10% off on select departures in Queenstown and Milford Sound
DRAG

Southern Discoveries is a local and family-owned company dedicated to sharing some of New Zealand’s most iconic scenery and extraordinary experiences with the world.

We have been operating for more than 60 years and are the original Milford Sound cruise company. We offer the widest range of adventure activities in the fiord, including a variety of cruises, kayaking and underwater observatory excursions.

In Queenstown, we offer lake cruises, farm experiences and cycling tours, as well as daily coach, flight and helicopter connections to Milford Sound.

We maintain an ongoing commitment to the conservation of our environment through sponsorship of the Sinbad Sanctuary Project and the Tawaki Project in partnership with the Department of Conservation, Fiordland Conservation Trust and the University of Otago.

We are a member of the Tourism Sustainability Commitment and we are Qualmark Gold Endorsed, meaning we are among the best sustainable tourism businesses in New Zealand.

We encourage all of our guests to learn about the Tiaki Promise so they can join us in keeping this incredible country beautiful!

Originally known as the “Milford Sound Red Boats”, Southern Discoveries was established shortly after the opening of the Homer Tunnel in 1953. The tunnel allowed road access to Milford Sound, providing a steady stream of tourists to the company’s cruises of the fiord.

After several ownership changes, including from government departments to state-owned-enterprises and later to a private corporation, Milford Sound Red Boats was sold to the family-owned Skeggs Group in 2008 and renamed to Southern Discoveries in 2009. 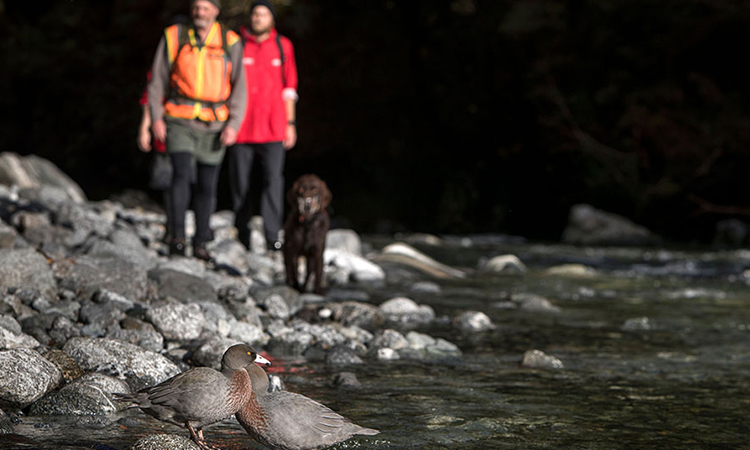 Southern Discoveries is dedicated to preserving the beauty of Milford Sound and Queenstown for future generations. We sponsor several conservation projects in our regions, are Qualmark Gold endorsed and maintain a strict environmental policy.

Learn more about our conservation efforts.

Community is at the heart of this local and family-owned company. We sponsor a large number of community groups, events and initiatives throughout the Otago and Southland regions, including:

In recent years, Southern Discoveries has won the following awards:

Life’s short, work somewhere awesome! Check out our current vacancies below or register your interest, and we’ll let you know when new jobs come up.

Do you have webcams in Milford Sound and Queenstown?
Yes, you can view how the weather and day looks in both destinations. Check out our Milford Sound and Queenstown webcams here.
Do you have Covid 19 restrictions in place?
Yes, we do when the government requires New Zealand to adhere to level 1 to level 4 restrictions. Find out what to expect on our cruise, coach and scenic flight experiences. Check out all the details on this page.
Do you pick up from local accommodation in Queenstown or Te Anau?
Yes! For Milford Sound coach and cruise products, we pick up from central Queenstown and Te Anau accommodation. Make sure you indicate your pick-up point when booking your coach online. If you have not indicated a pick-up point, the driver will expect you to check-in and board at the Te Anau Visitor Centre or Queenstown Visitor Centre or the Te Anau Visitor Centre.
Is it worth going to Milford/Doubtful Sounds on a wet day?
Milford Sound is the wettest place in New Zealand and one of the wettest places in the world! Many visitors are shocked to know that this true world wonder actually measures its rainfall in metres (and not millimetres like most of the world.) In fact, in 2016 Milford Sound received over nine metres of rain! Doubtful Sound is also rainy with an average of 3-6 metres of rain per year. Both fiords are magnificent to visit in rainy weather due to the significant amount of waterfalls. The fiords come alive with water streaming down sheer cliffs - a magical sight not to be missed.
How likely are we to see wildlife in Fiordland?
Altough we cannot guarantee wildlife viewing, it is very likely that you will see the New Zealand fur seal, and likely more than just one or two! Dolphins are often sighted swimming alongside cruise vessels. Two species of penguins make Milford Sound their home at various times throughout the year. Little blue penguis and the Fiordland crested penguin - known at the Tawaki. Often hard to find and see, it is always a delight to spot them when we do.
How long does it take to travel to Milford Sound?
It takes approximately five hours to get to Milford from Queenstown depending on the time of year and road conditions. It takes approximately two hours to get to Milford Sound from Te Anau. You can drive a car or campervan or take a coach tour. We always recommend allowing plenty of time to get to Milford as the journey there is as spectacular as the cruise itself.
More FAQ's