We are operating at Level 1, Facemasks are recommended but not required. Kids Go FREE during April school Holidays!
DRAG

Covering coastal, marine and alpine environments, Fiordland is home to a diverse range of plant and animal species. Recognising its importance, Fiordland was constituted as a national park in 1952 and later declared a World Heritage area in 1986. Sitting on the edge of this vast natural wonder is Te Anau. This small town plays a big role in the guardianship of this special location.

Fiordland National Park is part of the greater Te Wahipounamu (the greenstone waters), some 2 million hectares of critically important landscape and a UNESCO World Heritage area. The flora, fauna and rock deposits of Te Wahipounamu represent a direct link to the landscape which existed 80 million years ago when New Zealand was part of Gondwana. There is little doubt this is an area where conservation and preservation are vital.

In the tussock basins of the Murchison Mountains on Lake Te Anau’s western shores, one of the most critical preservation operations is ongoing. Home to the last remaining wild population of takahē (large native flightless bird), this remote area is off-limits to everyone except scientists and hunters undertaking pest control. The discovery of a species once thought to be extinct and now left alone in a protected wilderness to slowly recover is one of New Zealand’s great conservation success stories.

One of the best places to see Te Anau’s native species is with a visit to Punanga Manu o Te Anau Te Anau Bird Sanctuary. 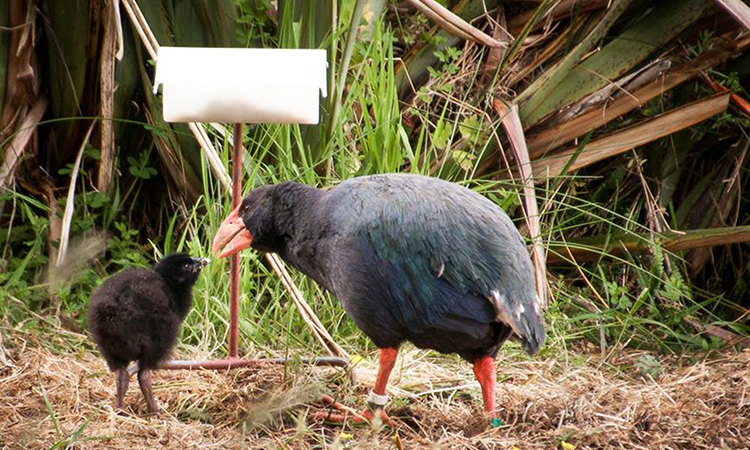 Te Anau’s bird sanctuary is an easy walk from the town centre and is open every day by gold coin donation. The open park-like sanctuary is home to many rare and endangered native birds including the takahē, a large, flightless bird with rich blue and green plumage. Takahē were thought to have been hunted to extinction until they were miraculously rediscovered in 1948. There are only around 300 living takahē today, and most of these are in wildlife reserves or captive breeding programmes close to Te Anau. You can also meet kaka, kereru (wood pigeon) and the distinctive tui.

Where do Milford Sound cruises leave from?
All cruises leave from and return to the wharf at the Milford Sound Visitor Terminal.
Do you operate on Christmas Day?
All trips operate on different schedules. Please refer to the individual trip for dates and times. Most experiences operate on Christmas day, but are subject to schedule updates, weather conditions or Covid 19 requirements.
Will I see wildlife?
Milford Sound has an abundance of wildlife and is home to New Zealand fur seals and bottlenose dolphins year-round. Rare Dusky dolphins are known to visit the fiord and the world’s rarest penguin, the Fiordland Crested Penguin/Tawaki visits Milford during breeding season (August - November) and moulting season (March/April). While there is wildlife in Milford Sound, we can’t guarantee sightings as these are wild animals in their natural habitat. A visit to the Milford Sound Underwater Observatory offers more wildlife viewing opportunities with an abundance of sea life below the surface.
What cruise is best for wildlife viewing?
Every cruise provides the opportunity to view wildlife, but we cannot guarantee sightings. Our Nature Cruise includes plenty of stops for viewing the amazing geology and occasional wildlife, our skipper and friendly boat hosts will be sure to point out any wildlife.
Do your lunches have vegetarian options?
Yes, picnic lunches can be ordered as vegetarian or vegan. You can select this when booking online.
Are the lunch options halal?
All meat is certified Halal.
Which Milford Cruise is best for kids?
All cruises are suitable for children.
What’s the difference between the cruises?
Please check out our Cruise Comparison table, where you can see our range of cruises and the vessels. https://www.southerndiscoveries.co.nz/milford-sound/cruises-compare/
What should I bring on my Milford Sound cruise?
Due to the changeable nature of the weather in Milford Sound, it’s a good idea to bring a waterproof jacket, warm clothing and to wear comfortable shoes. We also have ponchos available for purchase so you can enjoy a glacial facial under Stirling Falls.
Is there somewhere to get a coffee or snack in Milford?
Yes, Discover Milford Sound Information Centre & Cafe is the perfect place to grab a coffee or a hot snack before or after your cruise. It's located beside the main carpark and is a short 15-minute walk to the Milford Sound Visitor Terminal.
Is there parking in Milford Sound?
Yes, there is car parking at the Milford Sound public car park. This car park does fill quickly in the summer months, so we advise getting there early.
Are there sandflies?
There are sandflies in Milford Sound. To avoid being bitten, bring mosquito spray with you and wear long-sleeve clothing and trousers. Mosquito spray is available for purchase from Discover Milford Sound Cafe & Information Centre in Milford Sound.
Do you have webcams in Milford Sound and Queenstown?
Yes, you can view how the weather and day looks in both destinations. Check out our Milford Sound and Queenstown webcams here.
What weather can I expect in Fiordland?
Milford Sound is one of the wettest places in the world with an average annual rainfall of 7 metres per year. Rainfall can reach 250 millimetres in 24 hours and creates dozens of temporary waterfalls (as well as several more permanent ones) that cascade down the cliff faces, some reaching a thousand metres in height. The high rainfall is why Milford Sound is renowned for its spectacular waterfalls and rainforest. The temperature in Milford can vary depending on the season and can go from an average high of 19C (66F) in summer (Dec – Feb) to 9C (48F) in winter (Jun – Aug). All our vessels have spacious indoor areas with comfortable seating for cruising in all weather conditions.
Do you have Covid 19 restrictions in place?
Yes, we do when the government requires New Zealand to adhere to level 1 to level 4 restrictions. Find out what to expect on our cruise, coach and scenic flight experiences. Check out all the details on this page.
Is it worth going to Milford/Doubtful Sounds on a wet day?
Milford Sound is the wettest place in New Zealand and one of the wettest places in the world! Many visitors are shocked to know that this true world wonder actually measures its rainfall in metres (and not millimetres like most of the world.) In fact, in 2016 Milford Sound received over nine metres of rain! Doubtful Sound is also rainy with an average of 3-6 metres of rain per year. Both fiords are magnificent to visit in rainy weather due to the significant amount of waterfalls. The fiords come alive with water streaming down sheer cliffs - a magical sight not to be missed.
How likely are we to see wildlife in Fiordland?
Altough we cannot guarantee wildlife viewing, it is very likely that you will see the New Zealand fur seal, and likely more than just one or two! Dolphins are often sighted swimming alongside cruise vessels. Two species of penguins make Milford Sound their home at various times throughout the year. Little blue penguis and the Fiordland crested penguin - known at the Tawaki. Often hard to find and see, it is always a delight to spot them when we do.
How long does it take to travel to Milford Sound?
It takes approximately five hours to get to Milford from Queenstown depending on the time of year and road conditions. It takes approximately two hours to get to Milford Sound from Te Anau. You can drive a car or campervan or take a coach tour. We always recommend allowing plenty of time to get to Milford as the journey there is as spectacular as the cruise itself.
More FAQ's