Bustling with boats by day, and home to an incredible sunset show by night, Lake Wakatipu is undoubtedly Queenstown’s greatest asset. No visit to Queenstown, or New Zealand for that matter, would be complete without spending some time out on Lake Wakatipu. Luckily, there are plenty of ways to enjoy the lake – whether you’re after jet boat thrills or something a little more relaxing.

Lake Wakatipu is New Zealand’s longest lake and the country’s third-largest lake (after Lake Taupo and Lake Te Anau) at 291 km². Lake Wakatipu is so deep it dips below sea level at its deepest point (around 380 metres). Several rivers and streams feed Lake Wakatipu, including the Dart and Rees Rivers near Glenorchy at the head of the lake. The lake is drained by one river, the Kawarau River and because of this the lake level often rises during heavy rainfall. Several floods over the years have occurred with the famous 1999 floods causing water to inundate the town centre.

What to do on Lake Wakatipu 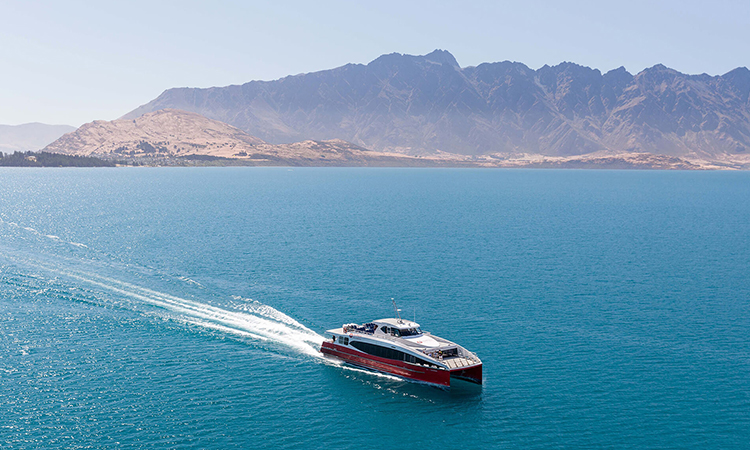 For Queenstown’s best views, get out on the lake. Scenic lake cruises depart from the main town pier, jump aboard Spirit of Queenstown for a relaxing cruise across the lake to Mt Nicholas. For a bit of exercise and the chance to explore the lake in detail, grab a paddleboard or kayak from the lakefront rental companies. Jet boats depart from the main town jetty taking you for a high-speed journey across Lake Wakatipu and onto the rivers where the jetboat weaves its way over incredibly shallow braided waterways. Find out more about Queenstown’s must-do lake activities.

What is the history of Lake Wakatipu?

The name Wakatipu translates to “the trough of the giant” and comes from the Māori legend of the breathing lake. It is said the rise and fall of the lake level is the giant’s heart still beating. During the gold rush in the late 1800s, Lake Wakatipu played an essential role in providing transport for gold prospectors. Before roads, boats on Lake Wakatipu connected Queenstown to the nearby towns of Glenorchy and Kingston and were vital in moving goods in and out of the area. Discover the legend of Lake Wakatipu here.

Do you operate on Christmas Day?
All trips operate on different schedules. Please refer to the individual trip for dates and times. Most experiences operate on Christmas day, but are subject to schedule updates, weather conditions or Covid 19 requirements.
Are the lunch options halal?
All meat is certified Halal.
Are your prices in NZ dollars or USD?
All prices are all in New Zealand dollars (NZD).
Do you have webcams in Milford Sound and Queenstown?
Yes, you can view how the weather and day looks in both destinations. Check out our Milford Sound and Queenstown webcams here.
Do you have Covid 19 restrictions in place?
Yes, we do when the government requires New Zealand to adhere to level 1 to level 4 restrictions. Find out what to expect on our cruise, coach and scenic flight experiences. Check out all the details on this page.
Do you pick up from local accommodation in Queenstown or Te Anau?
Yes! For Milford Sound coach and cruise products, we pick up from central Queenstown and Te Anau accommodation. Make sure you indicate your pick-up point when booking your coach online. If you have not indicated a pick-up point, the driver will expect you to check-in and board at the Te Anau Visitor Centre or Queenstown Visitor Centre or the Te Anau Visitor Centre.
More FAQ's